The Italians are huge contributors to cult cinema. So much so, they get two genres of their own. One is the well known Spaghetti Western genre featuring such prominent stars like Clint Eastwood, Charles Bronson, and others. The other genre are the Italian crime/horror thrillers called “Giallo”.

The Black Belly of the Tarantula was directed by Paolo Cavara, the Italian filmmaker who was responsible for Mondo Cane, the movie that started the entire cult genre of “shockumentaries” known as “mondo”. Cavara was not a prolific director and Tarantula is one of only two movies he would contribute to the Giallo genre (the other was Plot of Fear).

The lead actor is Giancarlo Giannini as Inspector Tellini. Giannini is an accomplished, Oscar nominated actor with over 150 films to his credit. He is still acting today and still rocks a great mustache. If his face looks familiar to American audiences, it might be because a slightly older version of it as appeared in a couple of modern Bond films (Quantum of Solace and Casino Royale) as well as Man on Fire with Denzel Washington and Hannibal starring Anthony Hopkins. He speaks a few different languages, including fluent English, and has one of the greatest names of any actor, Italian or otherwise. Giancarlo Giannini … that just sounds cool as hell.

Perhaps you don't realize what a mess we're in.

Giannini’s Inspector Tellini is competent, though disillusioned with the world he inhabits. He is easily able to make the giant deductive leaps required of any movie or television detective worth his salt. His primary weapon is clearly his mind, but when violence is necessary, say when a big black spider needs a serious squashing, Tellini is your man.

A typical ugly American such as myself rarely cares who is doing what in a Giallo movie. I do make certain exceptions, usually for favorite actresses or the occasional standout male performer. Giannini is one of those exceptional performers; I’ll be searching out more of his work for future viewing.

In most giallo, the protagonist is an outsider, or a random innocent suddenly dropped into the conspiracy or murder spree (or both). Tellini is the protagonist here, creating a more traditional “murder thriller” structure. But while he may be a police inspector, Tellini is also an “outsider” in his own way. His fellow inspectors often treat him as such, though this behavior isn’t really explained.

The wasp is always the winner, you see. The tarantula has no escape.

With only one real exception–Stefania Sandrelli  as Tellini’s wife Anna–the rest of the cast are either suspects or victims, or both. They are also nearly all female. Barbara Bouchet performance is mostly in the nude and deserves to be singled out for that; she is breathtaking as Maria Zani. Bouchet is always breathtaking. Barbara Bach has a very brief, hardly memorable part, but she is Barbara Bach and she is, of course, stunning. Claudine Auger plays Laura, the owner of the beauty spa where most of our victims are either clients or employees. One other performance is worth noting, but that’s the killer, so the specifics will have to remain a mystery.

The musical score is above average for a movie in this genre, thanks to Ennio Morricone. A frequent collaborator of Sergio Leone’s, Morricone can always be counted on for creative, interpretive guitars and musical arrangements. His underlying lyrical theme helps this movie stand out from the typical giallo. 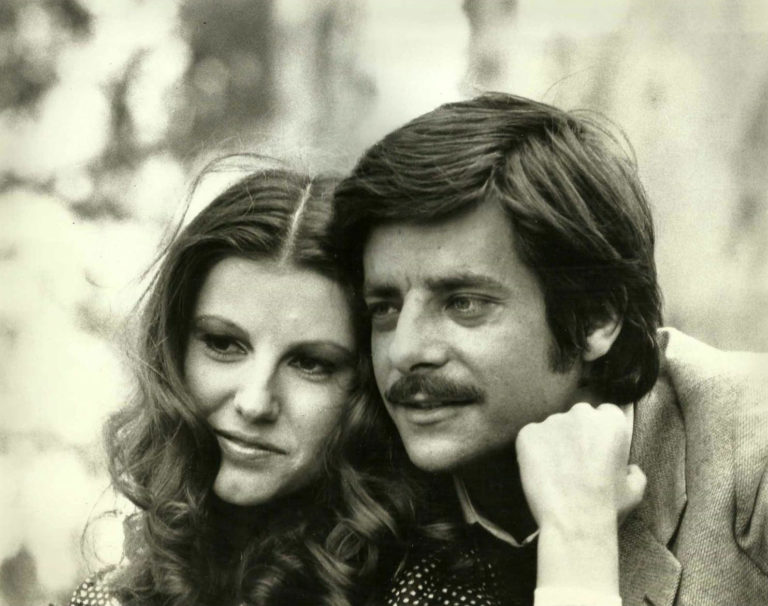 Accuse me of murder if you think I did it!

Black Belly of the Tarantula is not the “perfect” giallo movie, it doesn’t quite hit all the expected notes, but it is better than many. The movie wanders off in an odd direction every now and then, but it doesn’t detract from the overall plot … much. It is a solid film, deserving of its place on any list of top ten or twenty “spaghetti thrillers”. 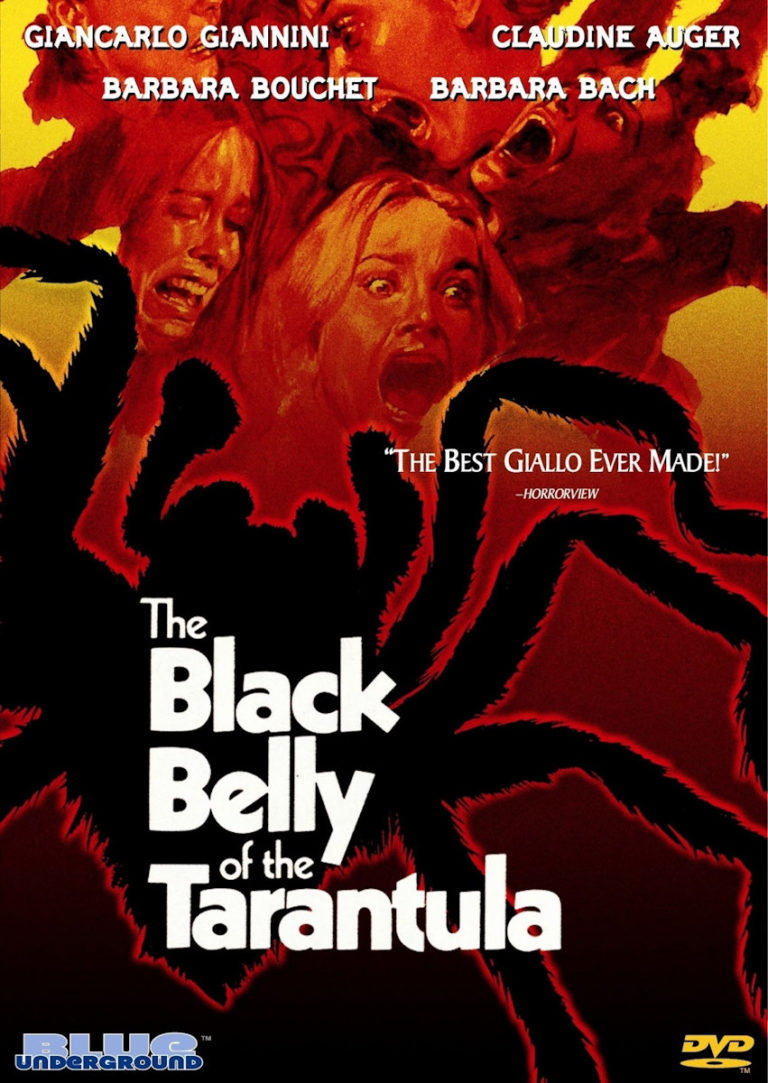 A little too much plot at times; typical "bloody" effects for giallo; mostly good production elements throughout, better than the average 'B' movie; dubbed in English from original Italian.

That doll was just too creepy to live. As Italian murder thrillers go, this one is a good example of what you should expect from the “giallo” genre. It has all the usual features, like […]