Violence is their way of life.

With the Spaghetti Westerns of the 60s and 70s, Italian filmmakers redefined a genre. Gone were the white hats and the shiny badges. Now westerns were cold, gritty, violent, and bleak. No film delivers all four of these qualities in higher quantity than Cut-Throats Nine.

Snow covered mountains and frozen fields provide the cold. None of these characters, most of them prisoners on a chain gang, ever saw a white hat and each is as dirty, hard, and gritty as any man could be. The violence is relentless, with men set on fire (either dead or alive) or getting their throats cut or being strangled with their own chains. A head gets blown apart here and there just for variety; nothing gets held back. As for bleak, well, we also get a rape scene when three or four of these prisoners attack the surviving guard’s daughter. This scene is downplayed, so it isn’t nearly as rough as it could be, but disturbing nevertheless.

There'll always be chains for men damned to hell like us.

Marchent was a prolific director and writer of spaghetti westerns (Spanish style) throughout the early sixties, including a couple based upon the Zorro legend. Cut-Throats Nine was one of the last movies Marchent would contribute to the genre as a director, though he would continue to write and direct for television in his native Spain into the 1990s.

To get things rolling (literally) , ruthless mountain bandits appear shortly after the opening credits fade. The kill or run off most of the guards before sending the wagon full of convicts racing off out of control with just one remaining guard in their midst. Sgt. Brown,  is left in charge of seven convicts, all on a chaingang, without (it would seem) any keys. As the group treks through the cold, unforgiving mountains, tensions mount and bodies start to stack up. The film includes random flashbacks to reveal the brutal history and disturbing character of each of these very, very bad men; other flashbacks bring home to motivations (and regrets) of the Sergeant himself. There are few women in this film, most seen in flashbacks (getting murdered) and only one of any significance. Emma Cohen is Sarah, the daughter mentioned previously, and the requisite victim of the inevitable brutality (some would say misogyny) of this movie. Her role requires very little dialogue but her performance is memorable, more so than the male actors with only a couple of exceptions.

Have a nice trip, friends! Good luck and God bless ya!

The trailer mentions “Roy Hill” as Sarah’s “lover”. This is what happens when your trailer is provided by someone who never actually watched the movie. The credits don’t list anyone named Roy Hill (and he doesn’t appear in IMDB under that name). The character is Dean Marlowe and he is played by Manuel Tejada; as for the lover label, that is highly debatable. However, he is the nominal lead, second perhaps to Robert Hundar (aka Claudio Undari) as Sarah’s father, Sgt. Brown. There are only two other performances worth mentioning. One is Alberto Dalbés as Dandy Tom. The other is a Xan das Bolas (aka Tomas Ares) as the leader of a nasty family of mountain bandits.

Overall, Cut-Throats Nine is an interesting exercise in filmmaking. While fans of spaghetti westerns may be familiar with it, the movie is not otherwise well known. It had an unusual marketing campaign in the U.S., involving something they called “terror masks” … an index card size movie poster stuck to a wooden tongue depressor that audiences could use to cover their eyes. You know, for when it just got too darn intense. 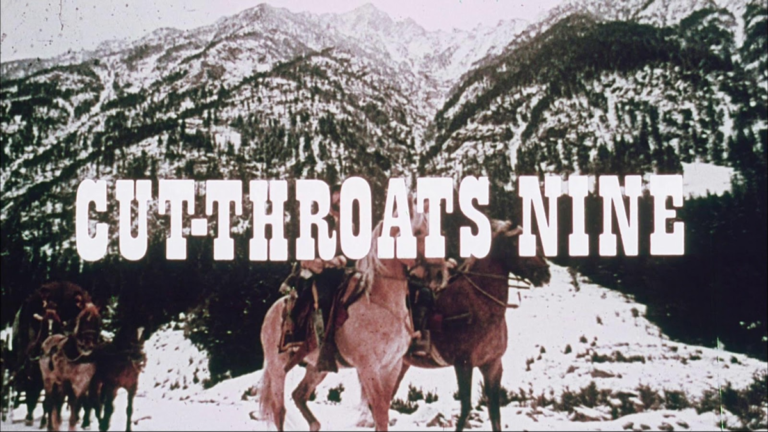 Rumor has it that much of the gore was added as a last minute marketing ploy. Perhaps. Even if it was, it doesn’t detract from a pretty darn good movie about some ugly damn bad men. 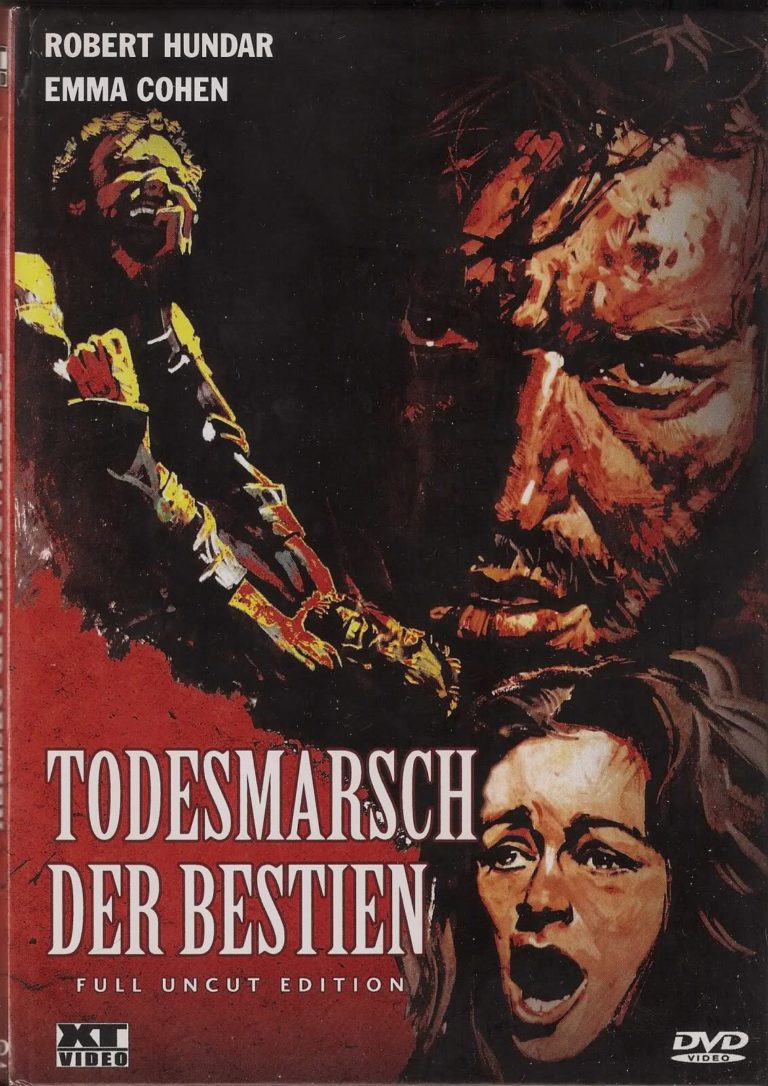 I’m guessing Lasik is completely out of the question? In both classic and cult horror films, there are really only two “original” monsters. There is Lon Chaney, and then there is Paul Naschy. Between […]