With the exception of King Ghidorah, and possibly Mothra, few Godzilla rivals (either friend or foe) are more quickly recognized than Mechagodzilla. This big metal Godzilla impersonator is second only to the three-headed Ghidorah in the pantheon of Godzilla villains. MechaGodzilla would also appear in several later Godzilla movies, complete with upgrades.

Godzilla vs. MechaGodzilla, originally titled Gojira tai Mekagojira, was released in Japan in 1974 by Toho. The movie was subsequently dubbed into English to be released in the United states in 1977, by Cinema Shares, as Godzilla vs. The Bionic Monster. This title had to be changed to Godzilla vs. The Cosmic Monster when Universal Television threatened to sue over the use of “Bionic” in the title. Steve Austin was not available for comment.

This material can only be space titanium.

While some of it is certainly related to translation issues, nearly every Godzilla movie (even the original) is more about style than substance. That is absolutely the case here. While I have fond memories of this movie, Godzilla vs. MechaGodzilla is not a good movie, even by Godzilla standards. It is so horribly cheesy and convoluted, it almost borders on parody. When Mechagodzilla sheds his scales to reveal the awesome metal monster beneath, that’s pretty cool. Nice look, specially for the time, and a classic by any standard. But when the aliens shed their skins to become melty looking ape-people? My reaction is less enthusiastic.

This version Mechagodzilla is a space monster, as are several others in the Godzilla pantheon, including King Ghidorah. The alien rejects from Planet of the Apes are actually from the Black Hole dimension and are here to do what aliens do, world conquest and such, starting with taking out that bothersome Godzilla using their own vastly superior mechanized version.

What could possibly go wrong? Unfortunately for our alien conquerors, they are up against an ancient prophecy, including King Caesar, InterPol, and a gathering of meddlesome scientist and well-meaning civilians. It isn’t exactly the Mystery Team, but it ain’t bad, and it’s more than enough to take out the aliens and their giant robot Godzilla impostor.

When a black mountain appears above the clouds, a monster will destroy the world.

Jun Fukuda directed this installment shortly after giving the world Godzilla vs Megalon. This effort is by far Fukuda’s best as either director or writer. A few familiar faces are scattered among the cast, including Hiroshi Koizumi and Akihiko Hirata, both as scientists and both having appeared in earlier Godzilla flicks.

But the real stars, as always, are the monsters. Besides the two mentioned right there in the title, we also get King Caesar, a hairy looking Shisa-like monster based on Okinawan folklore. A cameo appearance is also made by Anguirus, one of Godzilla’s pals, who gets his butt kicked by the Godzilla doppelganger. Sure, they are all just guys in rubber suits wrestling and knocking over fake buildings, but that is the fun of any Godzilla movie and the chaos is competently delivered throughout. 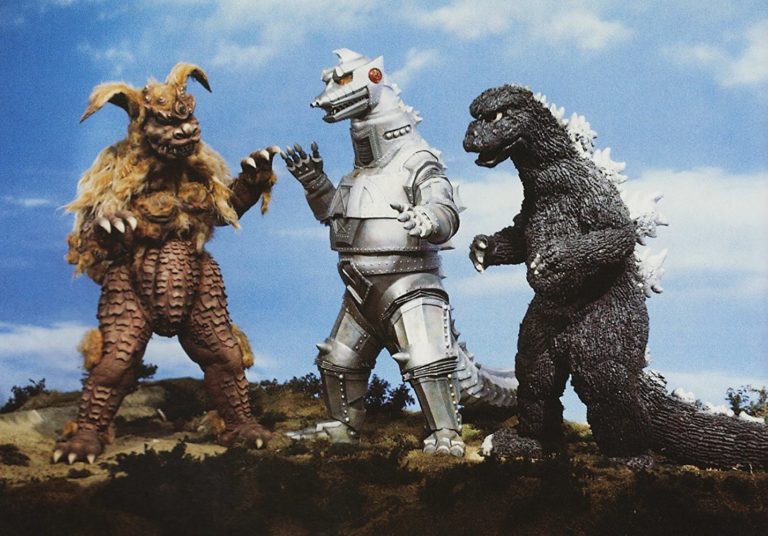 And that's all there is to the story.

Godzilla vs MechaGodzilla is the 14th in the franchise and the penultimate entry of these movies classified as the Showa era. The next would be a direct sequal called Terror of MechaGodzilla (which is a better movie if not nearly as successful as its predecessor). Together, these two films mark the end of original series and the most familiar Godzilla movies. It would be nearly ten years before the series would be relaunched with The Return of Godzilla; this and each subsequent “reboot” would ignore the continuity of the Showa films (with the exception of the original Godzilla movie). 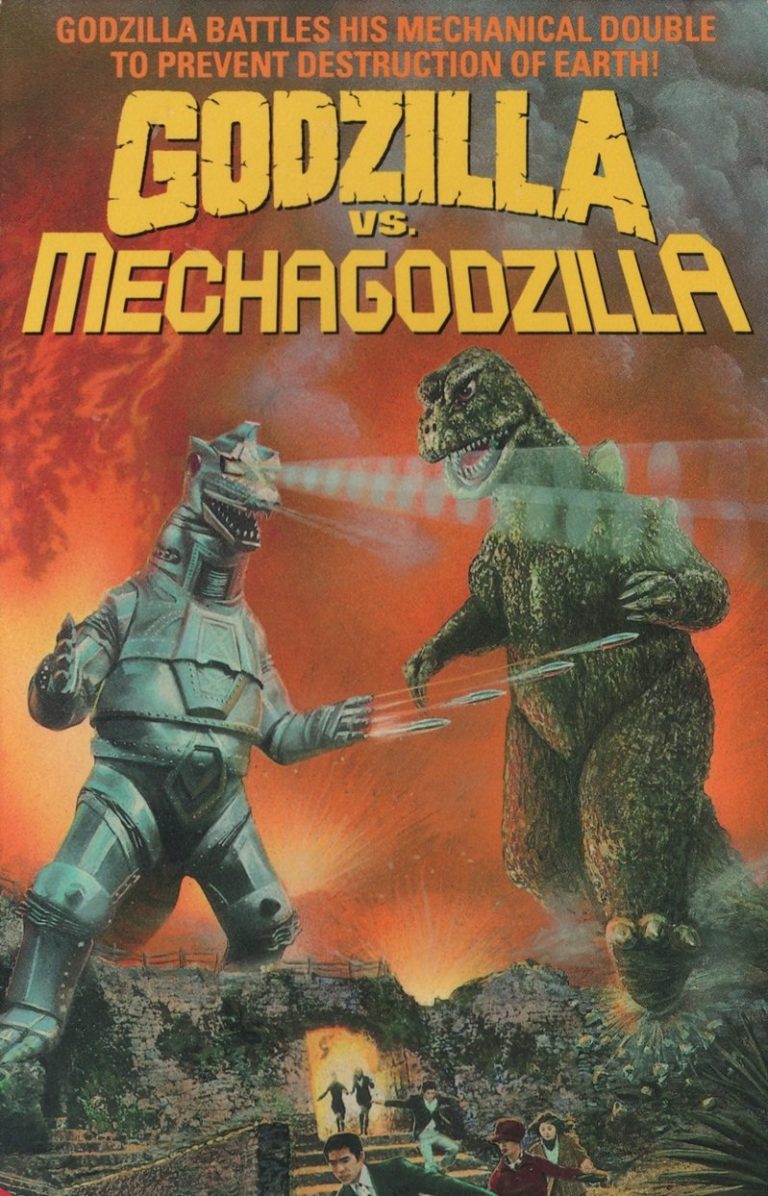 Basic kaiju fare with little or no offensive material and giant--though not very scary--monsters doing battle. Production values may not be up to standard for the period, but still better than earlier Godzilla entries.

“You say ‘Gojira’, I say ‘Godzilla’ …” I probably shouldn’t speak for everyone, but who doesn’t love a good Godzilla flick? At least when we were kids, these movies were utterly enjoyable and Godzilla […]